Maironis Lithuanian Literature Museum (MLLM) was established in 1936 in the house of the poet, priest Jonas Mačiulis-Maironis (1862–1932), which he bought in 1909. The poet lived in eight rooms on the second floor of this house.
Maironis’ apartment was decorated by the artist Tadas Daugirdas. Four years after the poet’s death, three memorial rooms were installed and opened in Maironis’ apartment.
1940–1944 the poet Bernardas Brazdžionis worked as the head of the museum. At his initiative, the collection of archival material by other writers began. Eventually, the museum became the Republican Museum of Literature.
1989 March 1 The LSSR Literary Museum was renamed the Maironis Lithuanian Literature Museum, and a sculpture of Christ was restored in the Maironis garden by the director Aldona Ruseckaitė, which was demolished in 1976.
The whole Maironis apartment was furnished in 1992, and in 1998. authentic wall decor was restored for the first time.
2016 Maironis’ rooms were opened after a new restoration: the ornaments of the Great Living Room of the artist T. Daugirdas, the Art Deco style drawings of the study, the early Rococo style decor of the Red Living Room Maironis memorial apartment was reconstructed for the first time, and visitors can go around the rooms in a circle, see the home kitchen, which was hosted by sister Marcelė Mačiulytė.
The palace, which houses the museum, was built in the 18th century. in the middle of the three Gothic 16th century. basement foundations. After 1812. war in this house was a hospital. Suppression in 1863–1864. uprising, a court-martial operated here. It is believed that one of the leaders of the uprising, priest Antanas Mackevičius, was imprisoned in the basement and sentenced to death.
While Maironis lived in this house, the book publishing house Sakalas, the School of Fine Crafts, the first public Lithuanian library and reading room in Kaunas, and a number of other cultural organizations were located on the ground floor.
Many prominent figures of Lithuanian art, science, church and society have lived and visited Maironis house.
Our museums employ more than 70 hard-working, creative, cultural heritage workers. 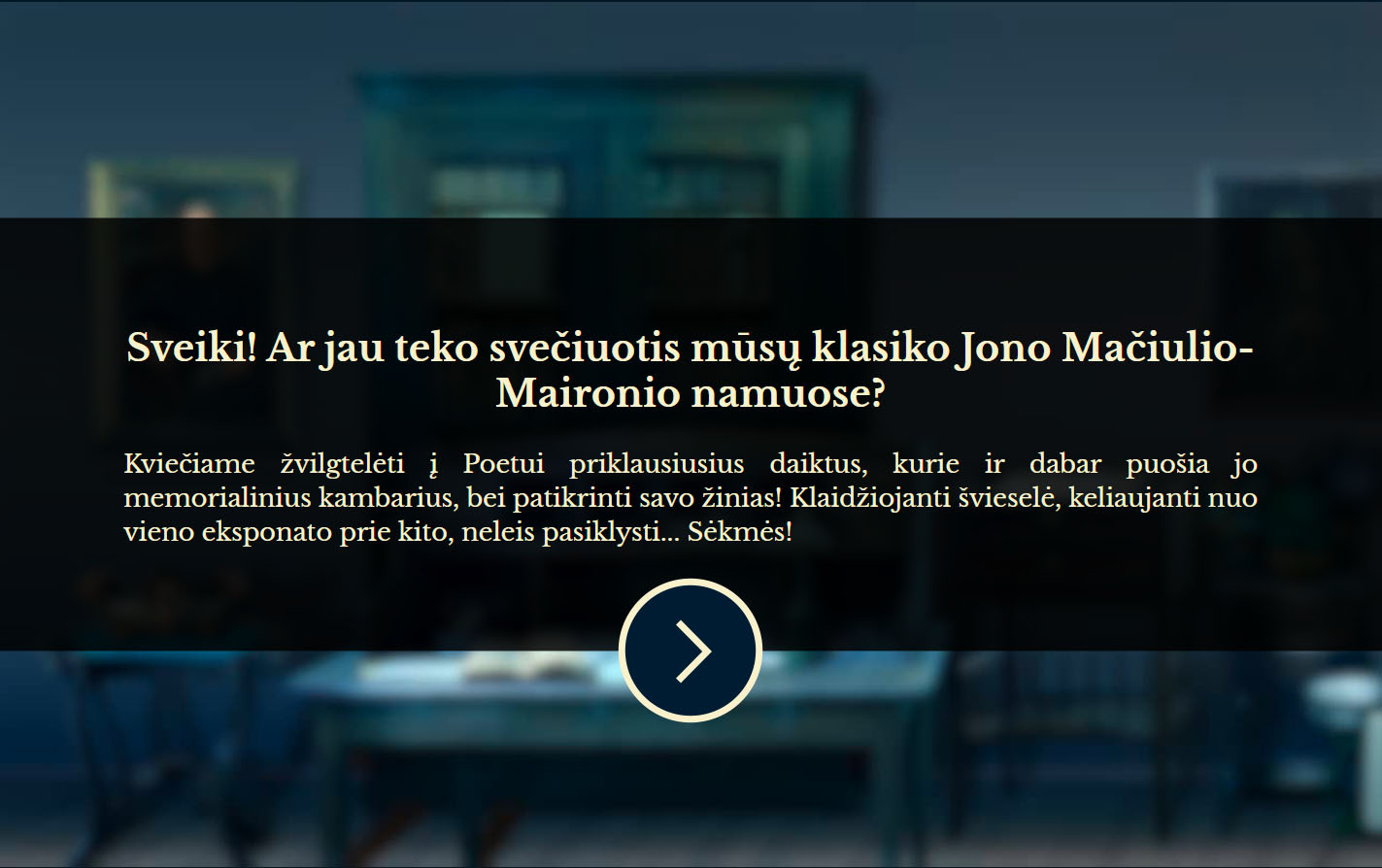